Over the past 500 years, we have been building the systems of our own oppression.

In hindsight, we have gained some perspective on what we did wrong and how questionable stories, terrible ideas, and bad habits have been formed into oppressive social systems and physical architecture. Architecture is how we solidify human behaviour into daily habits that have become hard-wired into our psychology. When we stop being conscious of our actions, when they become subconscious reflexes and instinctual responses, we cease to make decisions as free individuals. We become unaware, unable to question our reality, or we become numb to it.

We have become absorbed into the hive mind or collective consciousness that actually drives human behaviour. We are social creatures, and our behaviours are learned through imitation: language, rituals, eating habits, education, work, and media consumption. Our moral imaginations and motivations are guided by stories. We are still telling the same old stories, but many of them no longer ring true in our personal experience.

The products of our society, the Tower of Babel we have built together with our own hands as a way to make a name for ourselves, have created a sense of confusion. We built a tower to try to reach the heavens only to be disillusioned to discover that God wasn’t there or that our reality wasn’t quite what we expected or imagined. Our utopia became a dystopia. We have split into factions, and we no longer seem to be able to communicate with each other. We thought we were speaking the same language, but, while the words seem to be the same, the meanings and the stories and the experiences on which those ideas were founded are completely different. In effect, we are speaking different languages, because we are affiliated with different tribes and cultures. We brand ourselves liberal or conservative and thereafter lose our ability to communicate with each other. If our social identity has been assigned to us by systemic racism, we already live in completely different worlds. 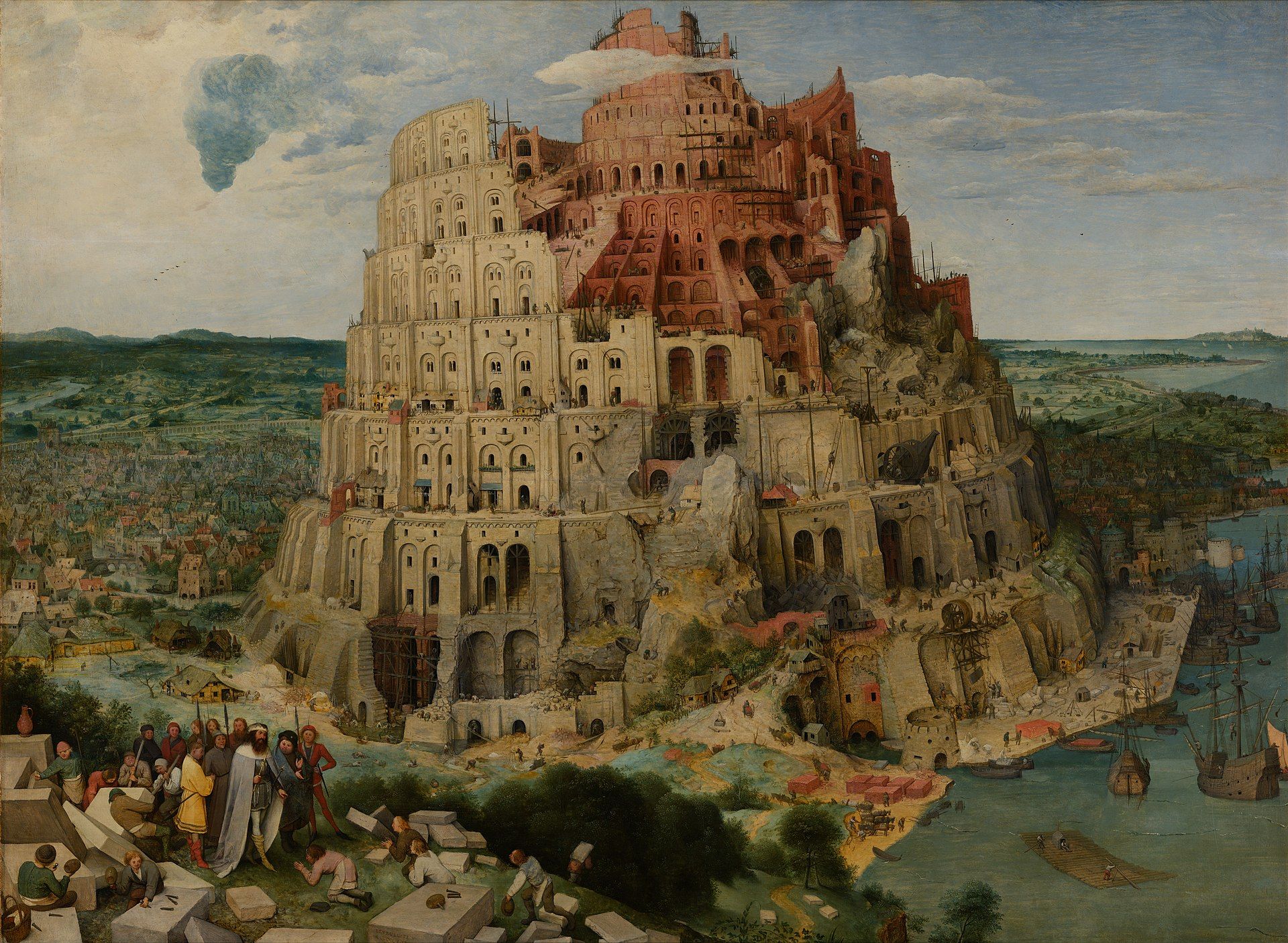 Are we looking for a common language, a lingua franca that can be imposed upon foreign cultures through the power of empire? Or are we looking for common ground, where we can discover our common humanity and celebrate our diversity through a shared sense of place and a responsibility for caring for each other, recognizing that we are part of an interdependent whole?

The old systems, our aging infrastructure, and the architecture of the past constrains our reality in ways that enforce old habits that we would hope to reform. Old habits are hard to break. We need to be mindful, self-aware, and critical about the sources of pain in our social systems. The 500-year-old habits of monarchy, colonialism, genocide, racism, resource extraction, and authoritarian rule enforced by a monopoly on the use of violence has created an unsustainable social system that is in the throes of revolt and anarchy, because of the inequalities that have been designed into the system.

The city will burn

However, no one is surprised by the revolt. We should have been able to see this coming.

Leslie Redmond, president of Minneapolis NAACP, gave events of this week a little more historical perspective. “What you’re witnessing in Minnesota is something that’s been a long time coming. I can’t tell you how many governors I’ve sat down with, how many mayors we’ve sat down with. And we’ve warned them that if you keep murdering black people, the city will burn. We have stopped the city from burning numerous times, and we are not responsible for it burning now.”

In a conversation with Michael Barbaro, Mr. Frey reflects on personal culpability, the potential for change in his city and his feelings about President Trump’s vision for “militaristic rule” in Minneapolis.

We have been conditioned by our social systems into a state of learned helplessness. We have resigned ourselves to powerlessness because we have been told that the only forms of agency we have are democratic suffrage and industrial production. We vote once every four or five years, and we make our contribution to society through our production capacity to support the economic engine of the nation state: the corporation.

The stories we tell ourselves

These are all terrible stories. The Brothers Grimm told us stories—and Disney repeated them—of violence and horror to instill fear into children and motivate obedience, compliance, and passive acceptance of our roles in society. The church told similar stories with similar intentions.

We sensed that they weren’t real, but they became our reality. These are the worlds that became our dreams for the kind of life we could live. The fairy-tale wedding, the rags-to-riches story, the utopian fantasy, the Disneyland vacation, the American dream.

Now, we realize that the dream we had envisioned was always a fiction, a lie that adults told us, because it was the same lie that they had been told.

The American dream has always been a living nightmare for those whose voices have not been heard, whose experiences have not been centered in public discourse, and whose lives have been treated as expendable to maintain the illusion of the stories we tell ourselves and to drive the machinery of the systems that perpetuate the social order.

As designers and developers, we are complicit in building the architecture of our own oppression. With design systems and digital infrastructure, we thought we were building a more creative, collaborative, and democratic future, blogging to help each other learn how to use new technologies, and using distributed, open source tools and processes to share knowledge and help each other discover our own influence, capacity, and agency. However, we handed our power to corporate executives, HR managers, marketers, advertisers, and project managers, who coopted our creations to build corporate technology empires that eliminate threats by absorbing or destroying the competition and silencing internal opposition. We became cogs in the capitalist machine, expendable and replaceable.

The design industry faces a reckoning. We either continue to build the fascist empire of corporate control or we dismantle it by refusing to offer our labour to perpetuate the existing systems.

For the past couple of decades, the tech companies of Silicon Valley (and beyond) have run unchecked, causing havoc, destroying civil discourse, democracy, ruining personal relationships, running marketplaces of harassment and abuse, all to line their pockets. The very worst part is that they did it with our labor. This isn’t a talk, this is a union meeting.

As the old social, economic, and political systems crumble and the physical architecture goes up in flames, we can either lament our losses or we can recognize our opportunity to focus our time, energy, and resources on building a world for 100% of humanity rather than an empire for the 1%.

Now, we have the opportunity to explore the possibilities of the kind of world we would want to live in.

Marty Neumeier considers design as the process by which we turn a preferred vision of what could be into an actual reality.

Buckminster Fuller is known for his belief that, “You never change things by fighting the existing reality. To change something, build a new model that makes the existing model obsolete.”

However, there is also a danger of creative saviour complex.

Even venture capitalists are recognizing their mistakes. The era of “move fast and break things” is over.

The question, then, is how do we design for resilience?

The Design Administration: when social systems, corporations, and governments fail, designers pick up the slack.

We are building community

Anders Solvarm, who designed and built his family’s house, created a year-round Mediterranean climate for his autistic son by enclosing their log cabin home inside a greenhouse. Now his Greenhouse Living is helping others build similar structures.

The residency artists’ personal connections to and understanding of Los Angeles also informed their conversations about the future. What was sacred, and what was negotiable to them? Making these decisions, rooted in their personal experiences, allowed them to see clearly what the future might look like. For the artists, this personal connection is what made the world-building experience fulfilling.

We are looking for the creative, collaborative, collective who are exploring how we imagine, design, and build the future together.

While the President of the United States is having his Reichstag moment to build his fascist empire, this is our moment to engage in world-building to design a world for 100% of humanity—living systems that integrate synergistically with the biological and ecological systems of the earth. That effort starts by telling better stories about who we want to become and the kind of world that we want to live in.

We are building leaders to design a resilient society. We are the builders collective, a gathering of people who are investing their collective time, energy, and resources in the challenge of reimagining our social architecture.

As designers, we have power to give our time to what is important and necessary and required. We also have power to withhold our labour from the very systems that are built to oppress us. 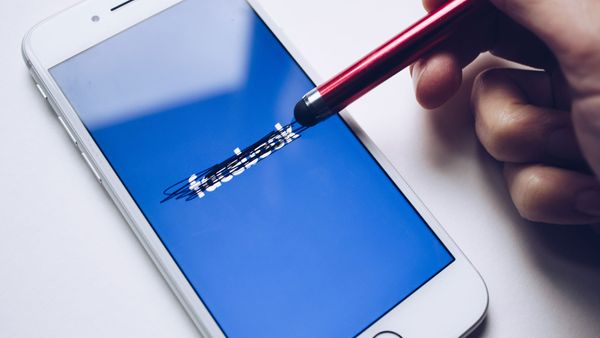 The burning of the American Empire and the Earth is the responsibility of every Facebook executive and employee who might be saying to themselves, “I was only following orders to keep my well-compensated position at Facebook.”