On the Homebrewed Christianity podcast, Tripp Fuller quotes Process and Reality by Alfred North Whitehead in a conversation with Brian McLaren (22:20).

When the Western world accepted Christianity, Caesar conquered; and the received text of Western theology was edited by his lawyers. The code of Justinian and the theology of Justinian are two volumes expressing one movement of the human spirit. The brief Galilean vision of humility flickered throughout the ages, uncertainly. In the official formulation of the religion it has assumed the trivial form of the mere attribution to the Jews that they cherished a misconception about their Messiah. But the deeper idolatry, of the fashioning of God in the image of the Egyptian, Persian, and Roman imperial rulers, was retained. The Church gave unto God the attributes which belonged exclusively to Caesar.

Trip Fuller quotes this passage as a reference to our relationship with mystery and the invitation of love that transcends our desire for certainty (16:38).

Part of understanding a person is that there is an encounter, but if they are a genuine subject, they remain a mystery.

I think that one of the biggest problems in a toxic version of religion is that knowledge of God implies finality, certainty, and fixed definitions.

I think when it goes to God, there is this passage toward the end of Process and Reality. [Alfred North Whitehead] said a lot of the images in the West—some envision God as a principle or the ground of being. You explain everything from this philosophically rich category. Some see God as a power, a ruler, a kingly image. Others see God as a law—the moral law or the laws of the universe. He goes, In much of the West, they are arguing between these options. But, there is a fourth option, the Galilean vision.

And he goes on describing, What if harboured in God is the invitation of love, and what if that love, when fleshed out in life, is the story of Jesus? That is a very different image of God. But that image he calls the flickering Galilean image. It’s not because we don’t have content to it. We have four gospels. We tell it. We are the body of Christ. We experience it.

But, it is not something you possess and build on, like a principle, or a power you rule over, or a rule you impose over others. In a sense, it is the invitation to self-giving, liberation-seeking love.

When you get that genuine loving relationship is the encounter and you get clarity by actually living in that relationship, be it a person or the big mystery, those of us who are Christians, our answer to Who is God?—It’s a story about a homeless first-century Jew. That is not fixed. That is not final. But the certainty, if you are looking for it, is that you can trust giving yourself to the mystery who said that God refused to be God without us, and that you and your enemy are the beloved of God, and the greatest is the one who becomes least.

You know, all those beautiful things. That’s true.

There is always a point of view, a particular perspective that is subjective rather than objective, a view from somewhere. My perspective is Canadian, outside of the United States of America, but adjacent, and deeply connected.

Racism and white supremacy are the foundation of the laws of the Dominion of Canada. To fail to recognize and acknowledge this fact is to be ignorant, to be a coward, to be complicit, or to be criminal. I see no other options. 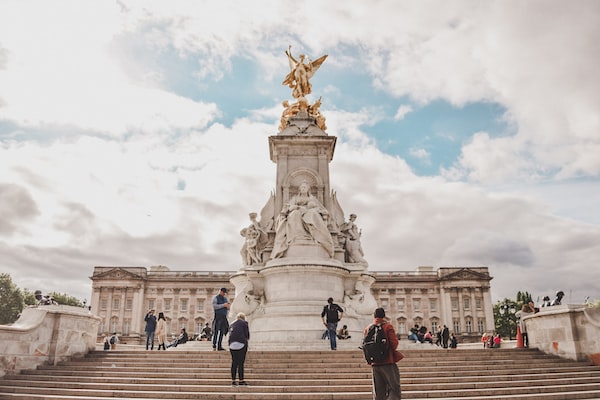