Canadians are a nation without a culture of their own. As settlers, we have all been displaced from other areas of the Earth. We grew up believing what we were taught in school, only to discover that the government had been lying to us, and that politicians are actors who lie on behalf of the state to manipulate public perception and to continue extracting value from people to benefit the banks and corporations of the British Crown.

We have learned the Queen’s English, or the other official language, French, according to the laws of the Provinces of the Dominion of Canada. Indigenous languages have not been official recognized by the colonial state. As citizens of the nation, we have rights and responsibilities.

But I am ornery.

I learned the language of empire. Then, I turned it against the colonialist system that assimilated me into its culture.

I learned about Noam Chomsky close to the beginning of my career as a designer. From him, I have learned a language of dissent.

By spending time with people on the margins of the culture, I learned to live into a different perspective by gaining awareness of life outside of the norms of society.

Normal, I learn from Sara Hendren, is merely a statistical average that was a cultural ideal of a colonial system as a way to manipulate the behaviour of large populations of people.

The Indigenous Peoples of Turtle Island have survived the genocide that continues to this day.

To live in right relationship with Universe will require a cultural revival that breathes new life into the dying cultures of Indigenous Peoples.

I learned language through the American-dominated media environment, which was heavily influenced by the Jesus movement of the ‘60s. The Christian tent revivals, conferences, and churches we attended in the Lower Mainland of the Province of British Columbia and in Washington State gave me a knowledge of the King James Version of the Bible. My parents owned a Christian bookstore in Tsawwassen. The Municipality of Delta is named after the Fraser River delta that forms a peninsula that crosses the 49th parallel into Point Roberts between Boundary Bay and Georgia Straight.

I live with my wife in a settlement farther up the Fraser Valley on the unceded territory of the Sumas First Nation.

I have come to reject the sovereignty of the British Crown and the legitimacy of the Dominion of Canada and the authority of the Christian religion and the dominance of surveillance capitalism in the form of corporate monopolies that have centralized digital technological and infrastructure.

The rejection of this culture did not happen over night. It took five decades, and it is still in process. I learned about genocide and assimilation from the sacred text of the Christians who taught me from the New International Version of the Bible.

I am inspired by the resilience of Indigenous Peoples. I was born in Vancouver, in so-called British Columbia. We now know that we live on stolen land. These are the unceded territories of the Coast Salish Peoples.

I do not write for an audience. I write for myself. I write to remember. I write to better understand my cultural context in order to create a different culture. I left the authoritarian family of my upbringing to discover that they had already rejected me for choosing a different path than complete obedience and adherence to a gospel and a deity that never felt real to me.

I learned to create culture through design. I explored building social systems through the development of digital infrastructure. Then, I discovered the power of corporate, marketing, and advertising culture to colonize a small web development company and turn it into a political corporate environment that regarded employees as human resources for value production whose labour could be outsourced and replaced.

In search of a creative, collaborative community, I found an artists’ collective. We crowdfunded and published a book to profile artists in the community, but the community wasn’t economically viable or sustainable.

I wondered then if it might be possible to start a community that revived the vision of the Bauhaus. But the business model was not economically sustainable. So, I continued to work on the idea as a writing project, exploring Medium as a platform.

With some experience teaching design at the University of the Fraser Valley, I found the curriculum to lack an awareness of the evolution of design from physical artifacts to social systems.

I started working with Designlab based on the reference of a colleague who had been mentoring UX Academy students for about four years.

I have discovered that students are resonating with the ideas that I am sharing, but the reality of the job market determines the focus of the case studies for their portfolios on corporate branding that satisfies the hiring managers that tend to be the gatekeepers for UX design positions.

I joined an arts collective in Langley, Bez Arts Hub, connecting with Brad Jarvis, who I have been partnering with on documenting a community into existence. We plan to launch a podcast at the end of September.

This year, in my efforts to critique the Federal and Provincial governments during the Wet'suwet'en and Haudenosaunee protests for inaction after recognizing the role of Canadians in the genocide documented by the Inquiry into Murdered and Missing Indigenous Women and Girls, I connected with an acquaintance on Twitter, who invited me to participate in a Holochain meetup in Seattle. I organized an Airbnb, but canceled under the COVID-19 lockdown. The event was moved to Portland, but I decided against travelling as the pandemic was declared a state of emergency in Portland as well.

My new Twitter friend invited me to participate in Trimtab Space Camp and I realized I had found a culture that resonated with the values that I hoped to cultivate. I signed up for a membership to continue taking courses with the Buckminster Fuller Institute.

I applied and was accepted to participate in the Design Science Studio as a member of the first cohort of 144 people to prototype a creative, collaborative community to imagine, design, and build a regenerative future together. Inspired by Buckminster Fuller’s Design Science Decade, the Studio is an educational incubator for art inspired by a regenerative future that works for 100% of life.

I read this article earlier in the week:

“I strongly believe that if I keep trying to do remarkable things, one day it will pay back greatly.”

This morning, I was listening to the story of the Language Keepers and the struggle to preserve Indigenous languages in California.

To learn a new story, I am shedding the old metanarrative and the language of empire. I am putting into language the vision I am discovering of a regenerative future as a first step to defining the values that I intend to live out. I have a lot of learning to do, but I learn by doing. By finding people to share the journey, I am connecting with people who are rediscovering the language of Indigenous culture and learning a new way to be human.

In conversation with Ilaria Forte in the Multiverse at Burning Man, we are co-exploring together the metanarrative of regeneration.

“By telling and listening to stories we allow the transition from an old story of separation, domination, exclusion, destruction, and extraction to a new story of wholeness, inter-being, integration, equality, creation, and regeneration.”

Join us and Burners Without Borders (BWB), a grassroots, volunteer-driven, community leadership organization whose goal is to unlock the creativity of local communities to solve problems that bring about meaningful change. 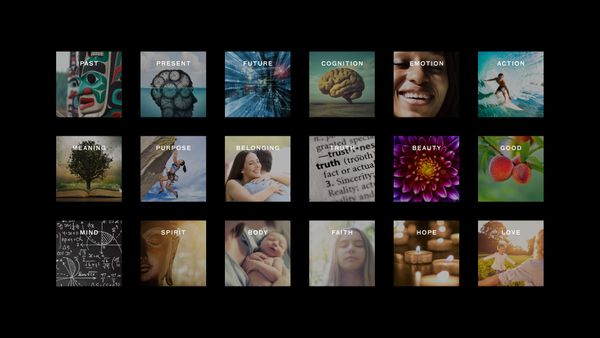 I am inspired by Universe and the iterative design process evident in the evolution of species and the development of human consciousness to perceive the wonder and beauty of the physical world and the complexity of biological and ecological systems. 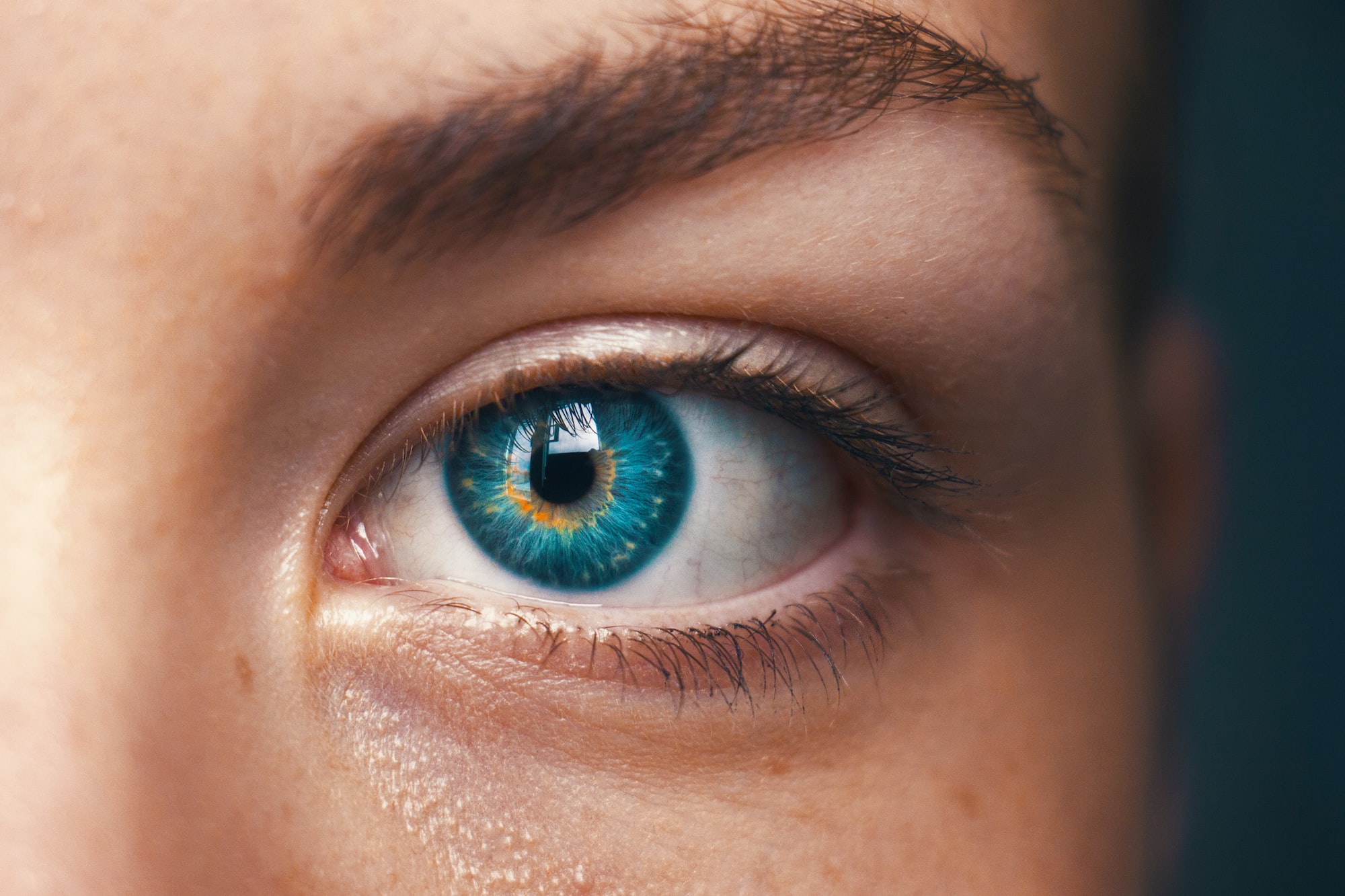 We are journeying beyond the gates and borders of cloistered imagination to realize a different identity, defined less by national borders and more by interconnected present awareness of future possibilities, a regenerative venture into interbeing, creativity, collaboration, and community.