Imagine that we are a holobiont, a living system within nested systems.

Our reality is not composed of solid, static building blocks that can be conceived of as the physical universe, in the form of Platonic solids that we can describe in books and in mathematical theories.

Our reality is energy in constant motion and interdependent with a myriad of changing factors. Our conscious awareness is able to maintain a perception of our identity as a self in an environment that is mostly solid and in a state of rest.

From time to time, the weather and the oceans remind us that the sense of solidity and motionlessness is actually an illusion. The oceans are the places where we can become subject to the dangers of life, in an environment that feels alien and unfamiliar to beings who are more comfortable on solid ground.

In the early days of global travel in wooden ships, journeys were guided by primitive maps of the globe. The uncharted areas of the globe contained images of dragons, symbols of the unknown and fearful experiences that might await those who venture beyond the familiar.

Designers and scientists are those who have become familiar with uncertainty and are unafraid of venturing into the unknown. There are people who are content in their daily routines, commuting along familiar roads, from point A to point B. But we are world travellers, embarking on adventures, exploring uncharted territories, in search of the mysteries that have yet to be explored, witnessed, experienced, and described for the generations to come. We are living the personal legend described in The Alchemist by Paulo Coehlo, discovering how the universe conspires with us. “And, when you want something, all the universe conspires in helping you to achieve it.”

We feel young, adventurous, and naïve, ready to take on the world to learn how we can become resilient in the face of problems, how we can connect with people and build relationships that might lead to breakthroughs, discoveries, and insights, and how we can find meaning, purpose, and belonging in a diverse community of explorers, artists, creatives, and innovators.

Linear thinking is forgetting to listen to that still small voice that says that there must be more than the path of least resistance or the life of climbing the ladder of success or joining in with people who are winning by taking everything for themselves. Nonlinear thinking takes the road less travelled, and maybe even gets on a ship to find a way of connecting with the wildness and beauty of the natural world.

Design, we thought, was about making stuff and selling our ideas and creativity. But design is evolving from physical artifacts to living systems. We are actually creating social systems, but we have had our work coopted by a corporate machinery that is extracting value from humans by mining their personal data and selling the ability to weaponize human psychology and manipulate human behaviour.

Linear thinking has been part of the evolutionary process of learning the cognitive tools of abstraction that have enabled the creation of systems of thinking, engineering, and building the modern world. We have learned the hard way that linear thinking leads to relationships that are self-assertive, rational, reductionist, and focused on separation. Our values have been bankrupted by our addiction to consumption, competition, quantification, domination, rigidity, judgmentalism, and liability management. While it may have been a painful part of the learning process, we know that we don’t want to hit bottom again.

We are facing a planetary intervention that demands that we change our way of life or destroy ourselves and the living systems of the planet.

To manifest the evolutionary benefits of the living systems that have created our species, we must remember where we came from and how we arrived at this stage in our growth and development. In the same way that we have developed as individuals, we are in a process of maturing, as a collective organism, a holobiont. We were dependent as babies, became independent as young adults, only to realize that we are interdependent members of much larger communities and interconnected with the living systems of the planet.

The awakening and the shift are happening asynchronously. Some may be slower to learn, because they may not have enjoyed the same privileges and experiences as those who have been able to explore the world beyond a media environment that has been weaponized by colonial empires and corporate monopolies to manufacture our consent. The polluted media ecology has stunted the emotional, intellectual, and spiritual development of generations of people by domesticating the species to conform to the constrained and limited education standards of an industrial manufacturing economic system. The pattern of the assembly line is by definition a system designed for linear thinking and industrial efficiency.

“You never change things by fighting the existing reality. To change something, build a new model that makes the existing model obsolete.”

We have been conditioned by our own technological inventions to serve the reproduction of dead and lifeless machines, rather than to recall that we owe the living systems of the universe a debt of gratitude for our existence. We have become enamoured by our own sense of power and domination over the forces of nature, feeling god-like in our ability to unleash destructive violence on any threats to our supremacy over the natural world.

However, our Mother Earth is putting us in our place and communicating in no uncertain terms that she brought us into the world, and she can take us out of it. There is nothing like a dose of reality to remember our humble condition as human beings, as interdependent and interconnected individuals in an earth-sized self-regulating organism.

Uncertainty, ambiguity, and ignorance can be our teacher when we accept a position of humility in the reality of how little we know and how much we need to learn from the universe.

In that way, we can begin to explore relationships with ourselves, with each other, and with the natural world that embody integration, intuition, holistic thinking, and connectedness.

This will require a shift in values toward conservation, cooperation, quality, partnership, flexibility, awareness, and social capital.

We were told that our role was to dominate and subdue nature. As we mature, we realize that we misunderstood the function of the sacred texts that we inherited. They are a reminder of our trajectory, a record of many social experiments that failed. We need not go back that way again.

We can learn from our mistakes, but we can also remember how we got here. We are a creative, collaborative, self-organizing learning community who are becoming a manifestation of the self-awareness of the universe.

We are a baby consciousness. We need to act our age: 13.77 billion years, give or take 40 million years.

Living in a Living System

While contemplating the question, “If we are an outcome of such an amazing process then how come we are not manifesting it?” I was wondering, what if we found out that the Earth is actually an interstellar spaceship, able to navigate the universe through the creative energy of our collective intelligence. The only way we are able to discover that is through a collective shift to nonlinear thinking and a reconnection to the living systems of the planet and the universe. If nothing else, it might make for some fascinating speculative fiction.

The nature of holobionts

“Therefore, we can scale up examples of endogenous symbioses to ecosystems, biomes and the entire biosphere as holobionts, where the planet holobiont is Gaia…. The biosphere is a dynamic system, stabilized via feedback coupling mechanisms so that our entire planet is considered to be one single living being, a supra-organism. By using another term we may say that Gaia, i.e. the biosphere, is the ultimate case of a holobiont.”

“The holobiont. And this is this basic concept, demonstrated in a very, very rigorous way, that organisms are, ourselves, things, cells that are made up of our own DNA and proteins and all of that — plus thousands, tens of thousands, maybe hundreds of thousands, of other organisms and their DNA, simultaneously. So we are ourselves ecosystems, as you said. And the idea that these holobionts move around in the world, interacting, shedding, sharing, overlapping, fusing — it sounds like a science fiction movie.” 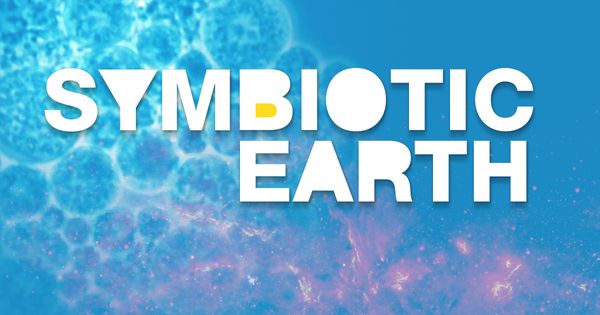 The film reframed my relationship to my own body as a sort of god-like responsibility to the maintenance of a body that is composed of cells and microorganisms that depend on my thoughts, motivations, and behaviours for the health and well-being of the whole. I am a microcosm of the symbiotic Earth. 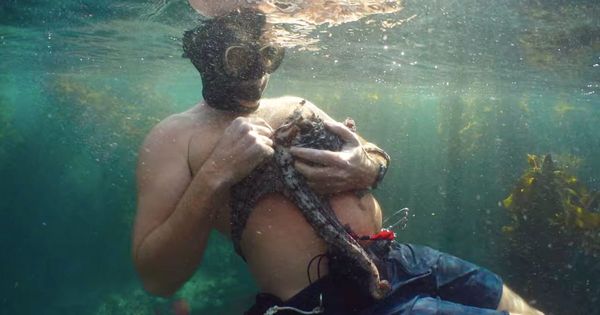 Humans are awakening to the reality that there is more to this life than the game of survival. If we can transcend fear, we have the incredible opportunity to realize love.